The Kosovo Houses is a complex of three guest houses built in the traditional Bulgarian architecture style from the Revival period. The restoration of the buildings started in 2005 when Svetlana and Hristo Ralevi brought crafted builders from all around the Rhodopes to rebuild the Hadjiyska House. It was originally built in 1853 by the Haji Georgi Stantchovski - a renowned builder who has also created two of the most beautiful buildings in Old Plovdiv - the house of Dimitar Georgiadi (1848, currently a historical museum) and the house of Argir Kuymdjioglu (1847, now an ethnographical museum). The church 'Uspenie Bogorodichno' in the village of Kosovo (1851) is one of his works as well.

Today the Hadjiyska House is a fully renovated two-storey building which has 6 double rooms and 2 triple rooms. Each of them has a bathroom with a shower cabin and a toilet. The house is licensed with 3 stars, the highest category a guest house can attain in Bulgaria. And for a reason - Hristo and Svetlana have succeed to keep the original look of the house while mixing it with the amenities the modern man is used to. The result is a beautiful place with peaceful atmosphere situated in a small village up in the Western Rhodopes.

The Gavatovska House is located not far from the Hadjiyska house. It is a several-storey building which has a dinning room with a fireplace, a kitchenette and a toilet on the first floor. There are 2 more apartments, 5 double rooms and a suite located on the other levels of the house. Additionally the barn next to the house was reconstructed and turned into a separate third apartment. There is a barbecue in the garden, next to the dinning room.

The third house - Elinovskata is located at the top of the village of Kosovo and has a beautiful view. It consists of three apartments, each with its own entrance. Two of them are in the main part of the building (each equipped with a cosy couch, kitchenette with microwave oven, a fridge and a dining spot). The barn was turned into a third apartment which has a bedroom on the lower floor and a big living room, a separate dining spot, a fireplace and a balcony on the second floor. 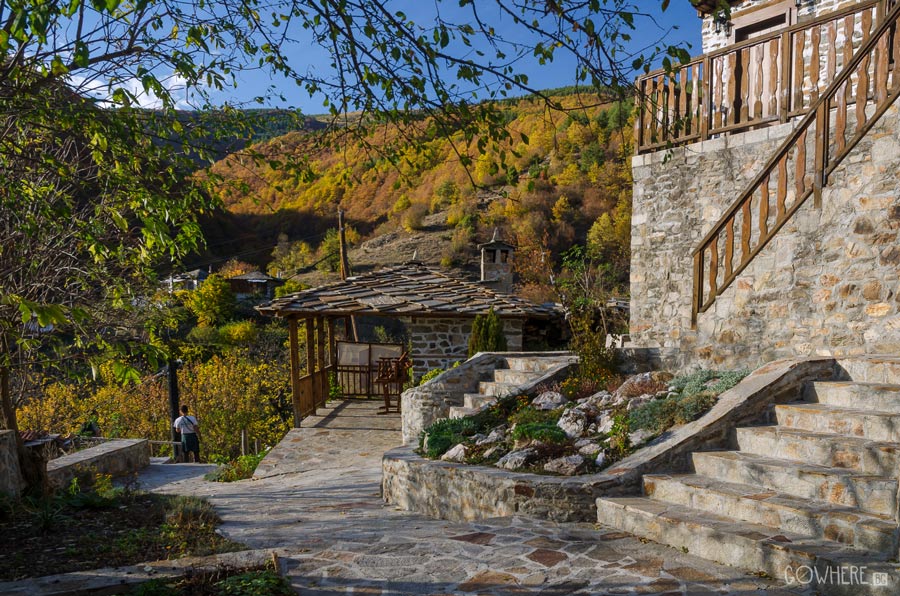 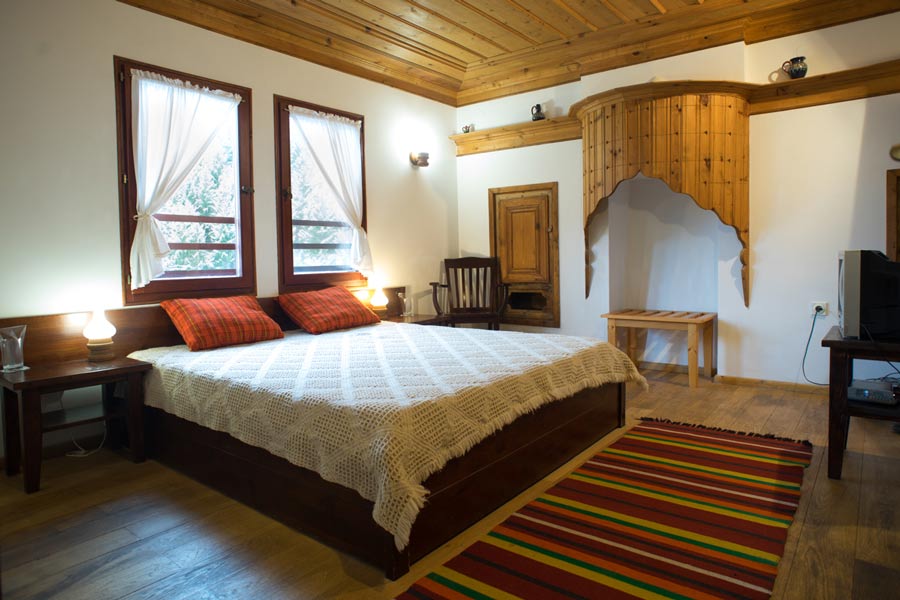 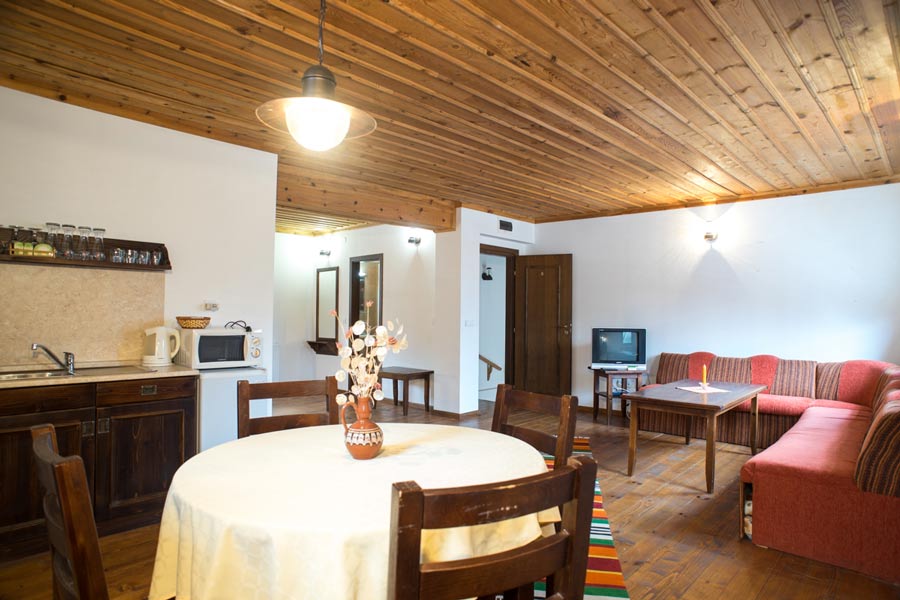 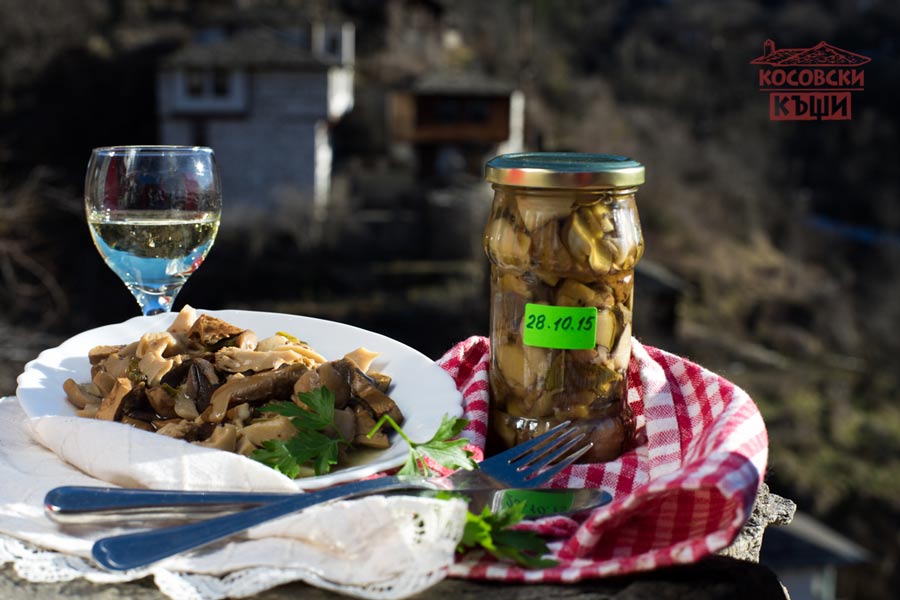