Gorno Gazeisko lake is located high up in the Pirin mountain (2642 m a.s.l.) between the summits of Polezhan and Gazei. It's the highest and the biggest of the three lakes in this area that are named after the Gazei summit. 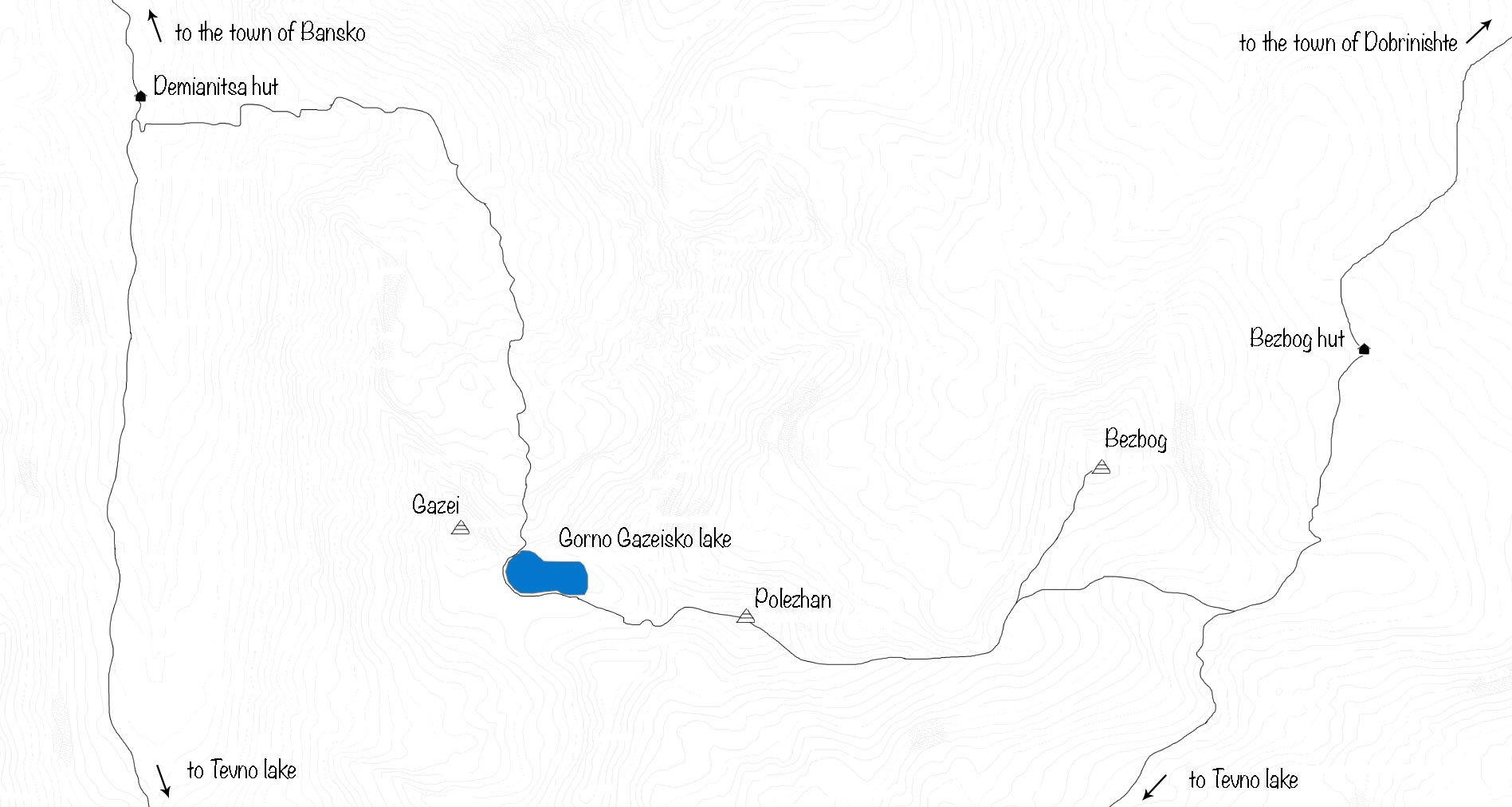 The path from Bezbog hut takes about 3 hours. From the hut, head for the Popovo Lake (follow the white-green-white marks). 300 metres after you climb the steep ascend right after the lake, leave the marked trail and go to the right. Next is a steep but short ascent which will lead you out on the saddle between the summits of Bezbog and Polezhan. This is a summer path so, in case of snow, don’t take it and, instead, follow the winter route which starts right after the ascent, goes right, through the mountain pine, and then up along the Bezbog ridge. The two routes merge on the saddle above and then go on along the eastern slope of Polezhan, following the ridge. The descent from the top to the lake is not steep but crosses the scree western slope of Polezhan before it gets to the Gorno Gazeisko lake.