Hut Orphei is located in the Rhodopes Mountains at altitude of about 1190 metres above the sea level. It is built next to the river of Izvora (Derinkouk), to the north of the village of Borino. To find this area of the mountain on the map look between the towns of Devin and Dospat. The hut is roughly half way between them and not far from well-known tourists destinations of Trigrad gorge and Yagodina cave, which lie few kilometres to the south. The hut can be reach by 4x4 car via the path from the village of Borino but getting there on foot by the tourist paths from the town of Devin, Teshel, or Shiroka Polyana dam lake will certainly be more interesting since this part of the Rhodopes mountain is quite interesting and beautiful. The path that comes from Shiroka Polyana is also part of the European long distance path E-8, whose route passes the Orpei hut, crosses the Kastrakli reserve and then heads towards the Trigrad gorge. 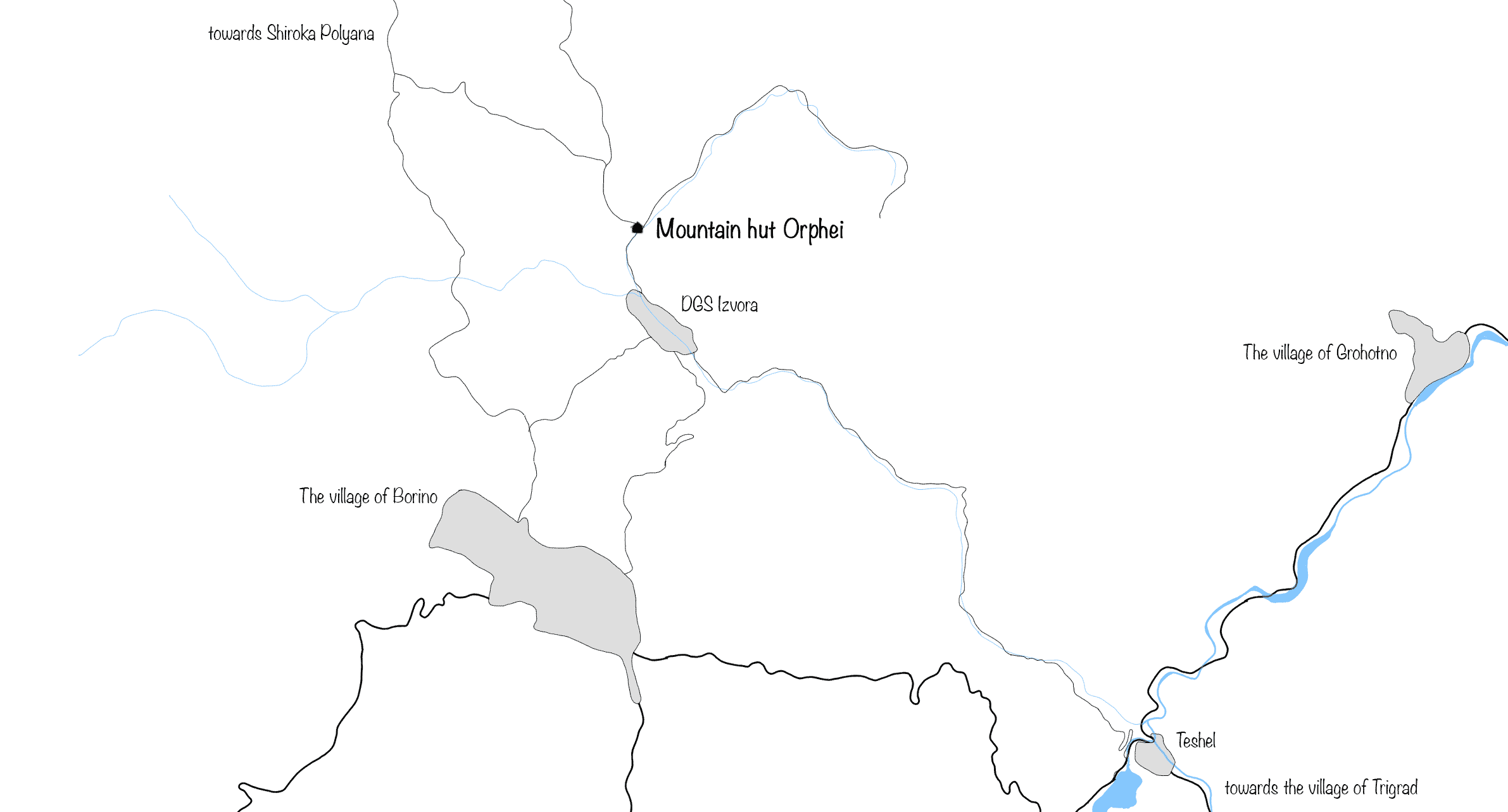