The mountain shelter of Zidanitsata is located in an area rarely visited by tourists, west of the Pirin Mountains' main ridge. It is just a small wooden shack which has no beds inside. The place attracts not with comfort but with an incredible view. Visible are many of the main northern peaks, including Mt. Vihren - the highest peak in Pirin and second highest in Bulgaria. In May, when I last visited the place, the jagged lines of the peaks were softened by the haze. The weather had been hot and there was a lot of moisture in the air. On the northern slopes and in the gulleys there was still a lot of snow, but everywhere else it was swiftly melting. Except a few small patches under the shrubs, the southwestern slope of Albutin (the 2688 metres high peak that rises to the northeast of Zidanitsata shleter) was snow-free and green.

There were no marked tourist paths anywhere near the shelter until the mountain hut of Zagaza was opened few years ago. Today there is a route which connect Zagaza hut with Yavorov hut. It passes by the Zidanitsata shelter and enters the old conifer forest that covers the slope above it. There are some mighty old trees in it and the air is full of resin smell. Yes, this region lacks the alpine features that are so characteristic for other, more popular parts of the Pirin Mountain, but it definately has its charm. The splendid view, the old trees and the birds songs that are coming from everywehre... they make this place unique and worth to be recommended to those who are willing to explore a greater part of the Pirin Mountains. 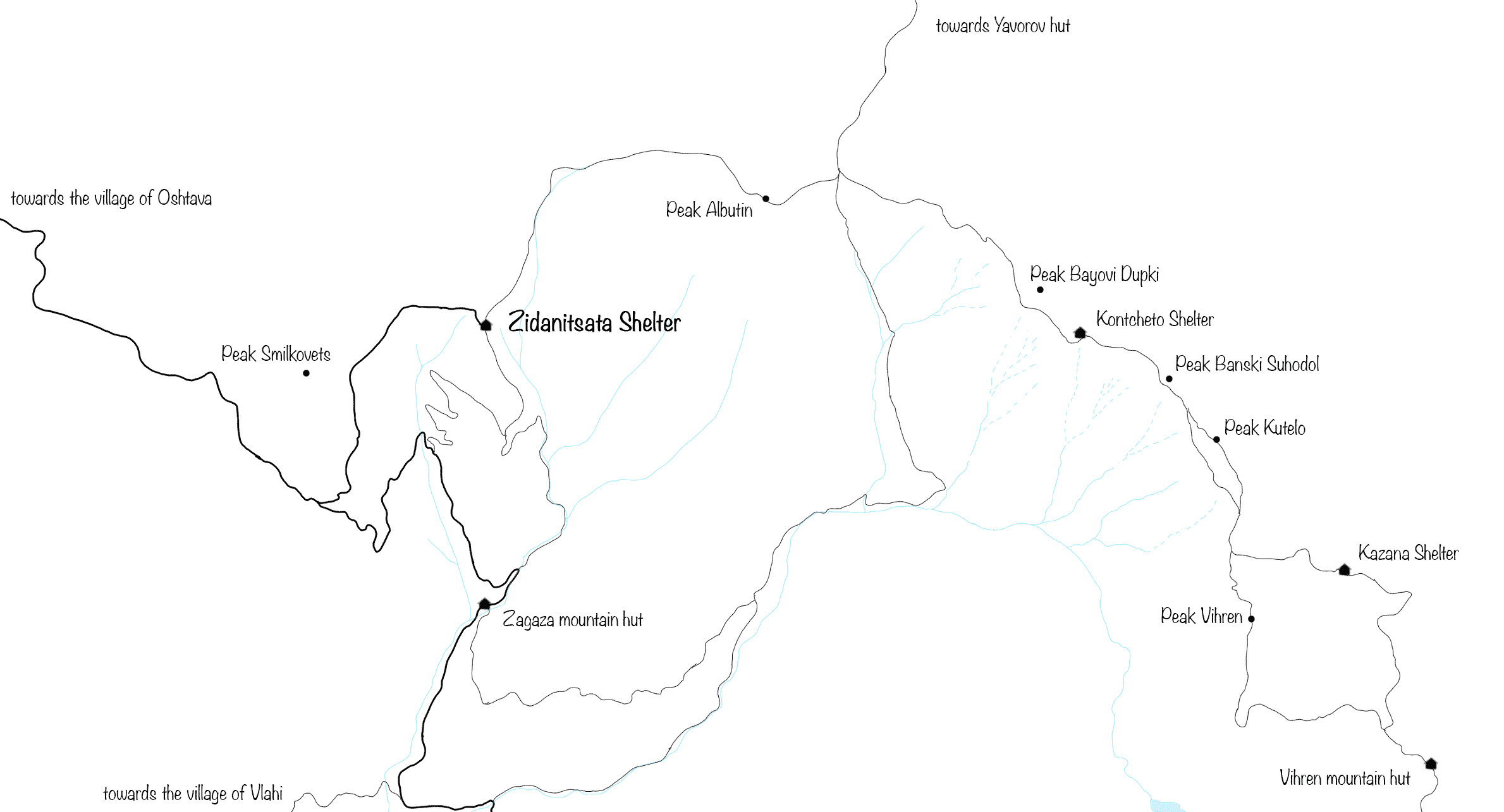