Kademliisko Praskalo, also called Kademliya, is a waterfall located in the Balkan Mountains, to the west of peak Golyam Kademliya (2275 m), within the borders of the Central Balkan National Park. The height of Kademlita is approximately 72 metres, which makes it one of the highest waterfalls in Bulgaria. 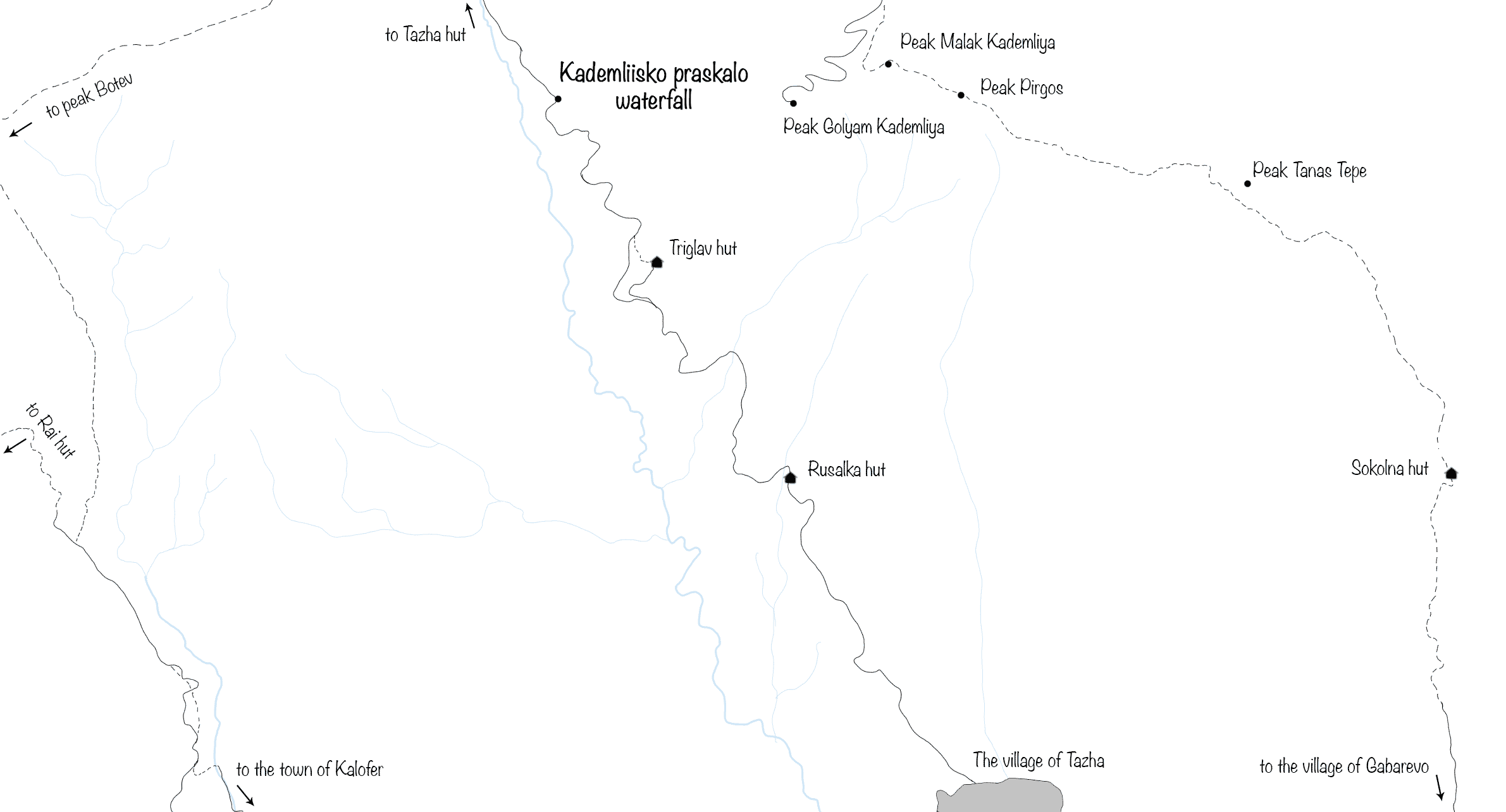 Kademliiskoto Praskalo is easily accessible. It is next to the dirt road which crosses the mountain and connects the village of Tazha and the town of Apriltsi. Because of the National Park's regulations, this road is closed for cars and other motorised vehicles. The easiest route to the waterfall starts at the village of Tazha (about 4 hours walking). It is marked with white-blue-white stripes painted on trees and rocks along the way. The closest hut is that of Triglav - just 50 minutes away.