Triglav hut is located on the southern slopes of the Central Balkan Mountains, east of their highest peak Botev, at the foot of peak Golyam Kademliya. Built at altitude of about 1360 metres above the sea level, this hut can be a nice place to spend a couple of days when the summer heats turn the life down in the towns unpleasant. There is a very fast wi-fi net conneciton, which makes it possible for those people who aren't stuck at the office, to bring their laptops and to work from the terrace of one of the bungalows. There is a common dining room where food and drinks can be ordered, so one doesn't need to think about that.

There are several options for short walks in the area. The beautiful waterfall of Kademliiskoto Praskalo is just 40 minutes away. Babskoto Praskalo waterfall is not far either. For those who want to wander farther, it is possible to take the dirt road which leads to Tazha hut and to climb peak Golyam Kademliya (2275 m). They will find a small shelter is built on the top. There is a path which directly connects it with Triglav hut, but because the area falls within the borders of the Central Balkan National Park, walking on unmarked tourist paths is not allowed. 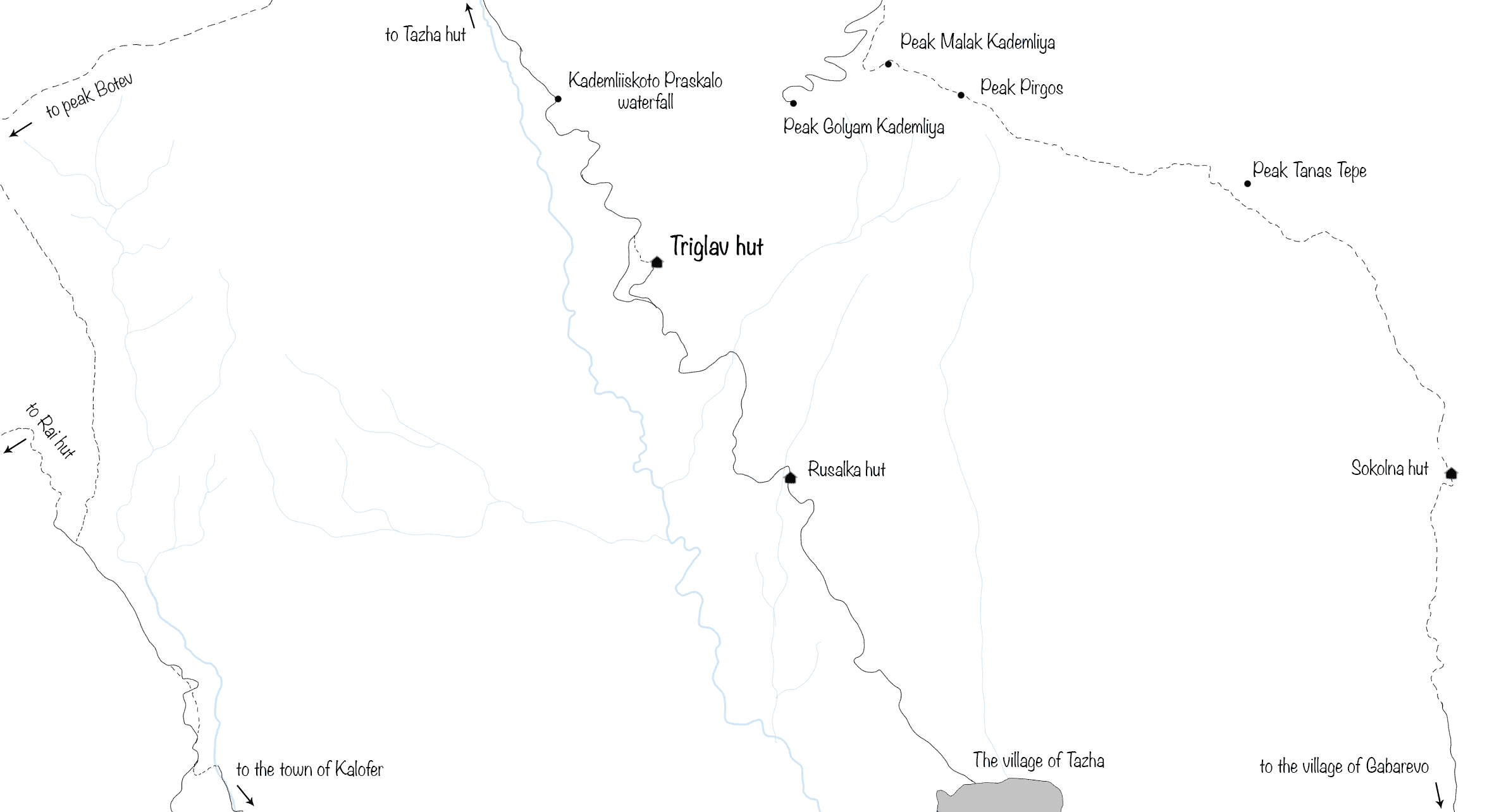 To easiest way to Triglav hut starts from the valley south of the Balkan Mountains. The marked tourist path begins from the village of Tazha, located between the towns of Karlovo and Kazanlak. You can reached it by train, though currently there are only 3 trains per day that go that way (you can check the schedule here). If you are travelling by car from Sofia, there are two options. One is to follow to A1 highway and then to head towards Karlovo and Tazha. The other option is to take the I-6 road. 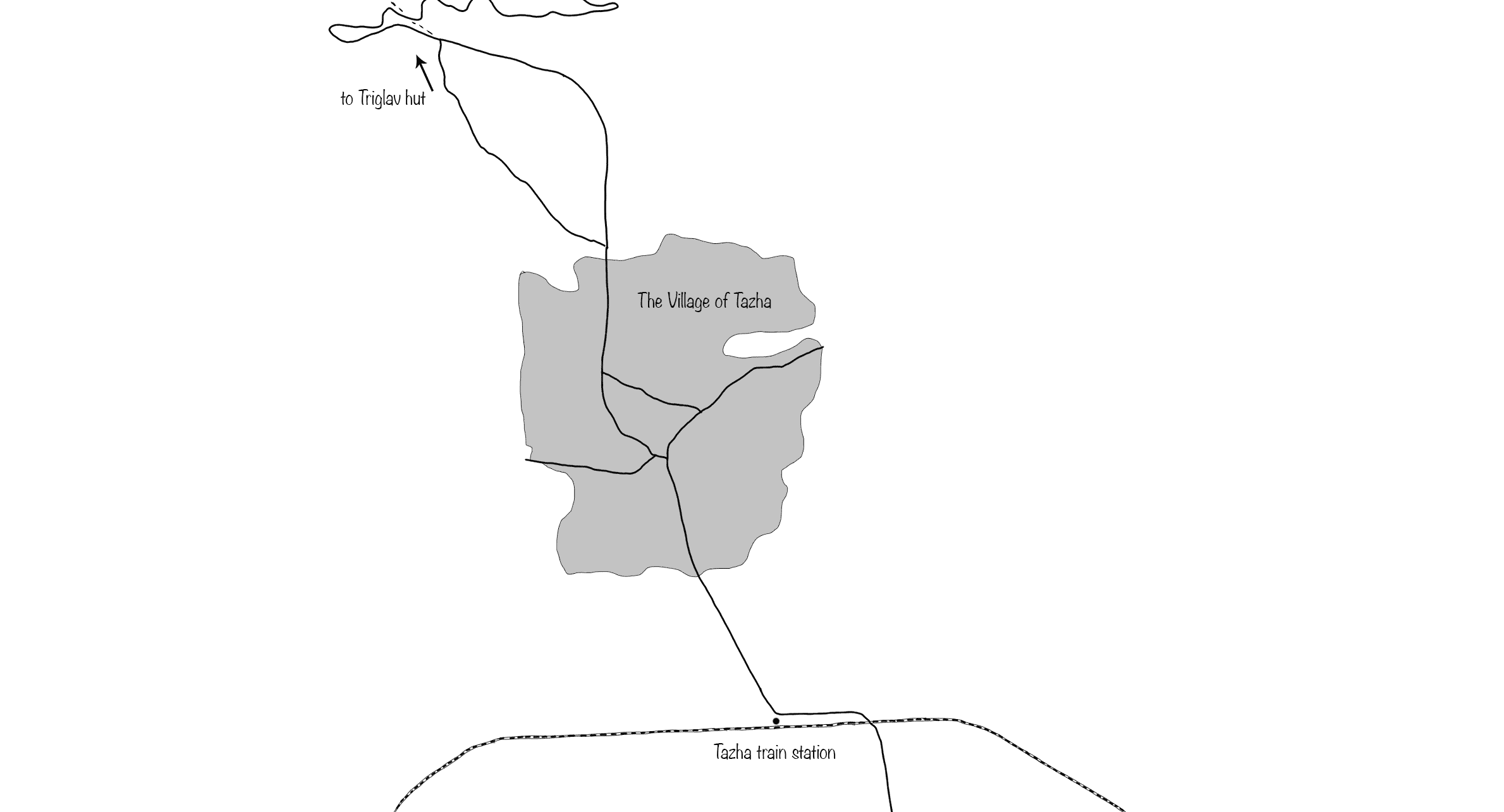 At the beginning the tourist path to Triglav hut follows the dirt road between the village of Taza and the town of Apriltsi, which crosses the mountain. Once the road reaches the foot of the mountains, the path splits from it and starts to climb up the slope. At the middle of the distance between Tazha and Triglav hut there is a mountain hut called Rusalka. There you can stop to get some rest and enjoy a cold beer or some other drink before you continue. Usually the time needed to walk from Tazha to Triglav hut is about 3 and a half hours.